I had read about spaghetti squash but I never would have believed it without seeing with my own eyes and tasting it myself.

I’m not kidding. Close my eyes and it tastes just like pasta – without all the carbs! (And believe me, I don’t need to close my eyes, there’s nothing to shy away from.)

Let me show you how we got there… 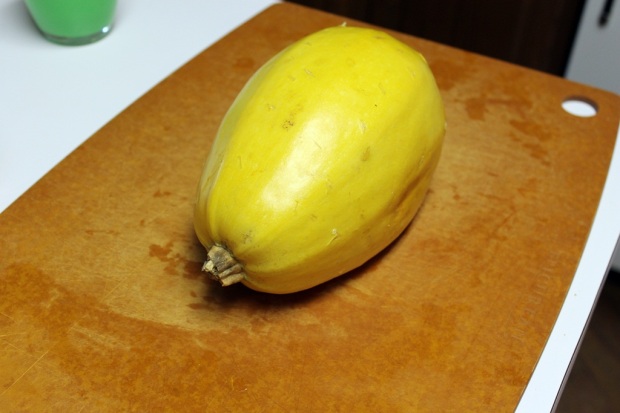 How do you cook it?

Well, Don did some checking via youtube videos and he liked the option of stabbing it like a potato and cooking in the microwave for about 12 minutes (give or take a little more if your squash is really big.) There are other options of course but this is what we’ve done twice now and both times it came out great and felt like it was easy as could be to make.

Because the squash is so big, use a knife to stab large slits similar to using a fork on a potato. Dons says, about six to eight holes should do. Make sure to go deep but not all the way through to the other side. Place it in the microwave and zap it for 6 minutes. Then rotate the squash (flip it over) and let it go for another 6 minutes.

Take it out and let it sit for a few minutes so it’s not too hot to touch.

Then cut that baby open.

Next, simply remove the seeds. 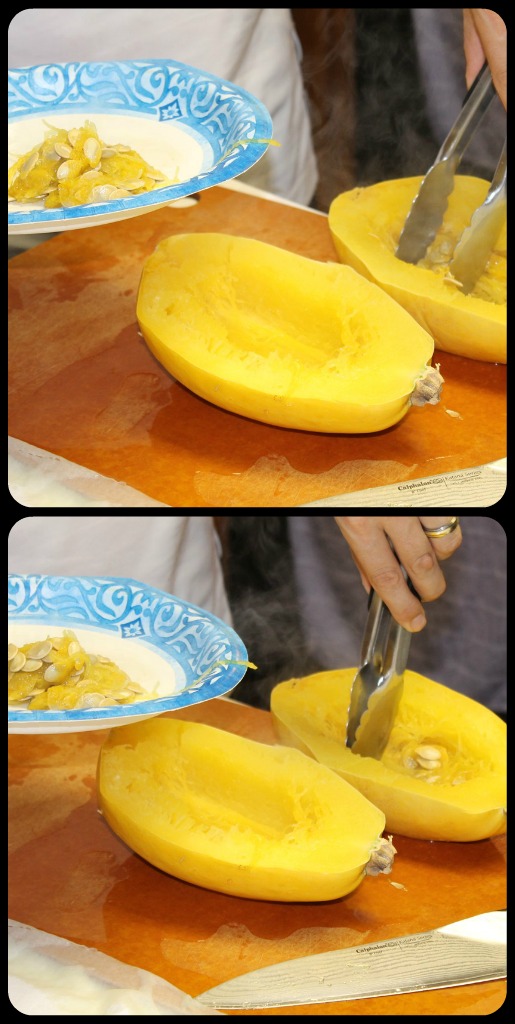 Then, scrape out or remove the spaghetti strands. Tongs work great in Don’s opinion. 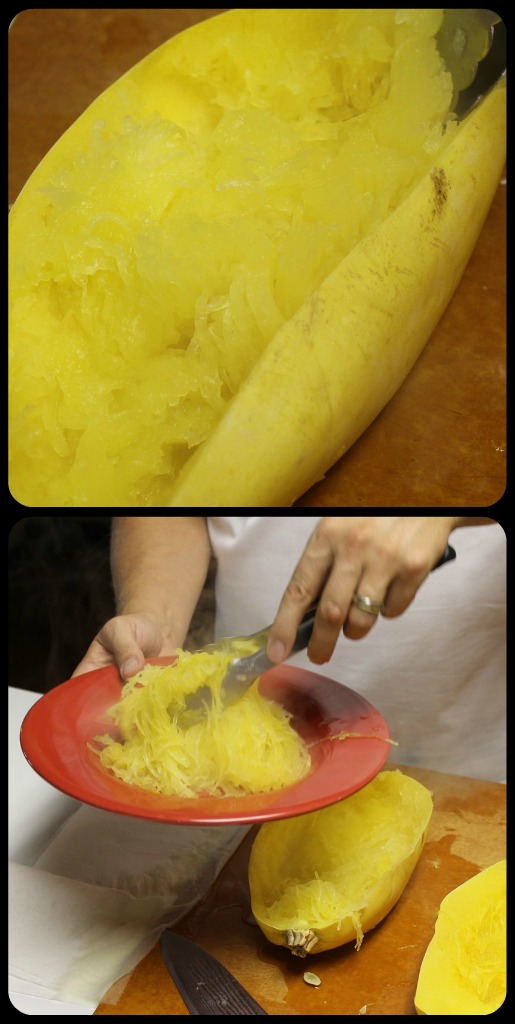 If your squash is especially watery, you might try putting the “pasta” in a colander and let it drain just like noodles. We didn’t need to do this on our first squash but the second one could have used some drainage. We were just so hungry that day we didn’t care. 🙂

Finally, add your pasta sauce and meat, cheese if desired, and let the noms begin. 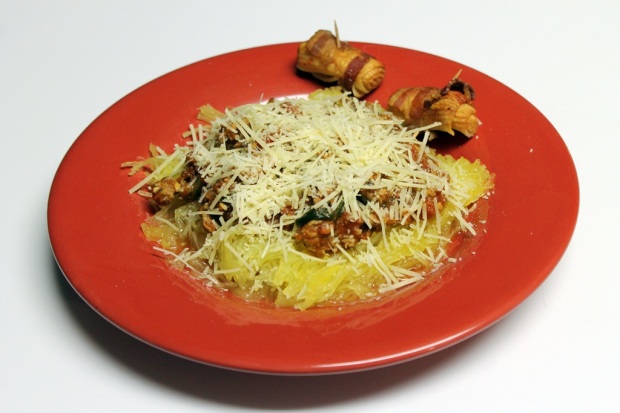 When digested, all carbs are sugars.  So, think of eating carbs as eating sugar.
~ Dennis E. Bradford

What do you think? Cancel reply

...to my random musings on the ordinary, and sometimes extraordinary, adventures of a family of two.

All content and photos, unless noted otherwise, belong to me. Please do not use without permission. kthx

I am a participant in the Amazon Services LLC Associates Program, an affiliate advertising program designed to provide a means for sites to earn advertising fees by advertising and linking to Amazon.com. This means that some of the links in my posts might redirect you to Amazon and if you decide to purchase an item I linked you to, I might receive a commission.
Follow @jesswalser

FOR LADIES ONLY! Click here to learn about eco-friendly feminine products:

Want to learn more about primal or paleo living? Check out these great resources and recipe sites.

Other Fun Blogs I Enjoy